The Bells of St Giles' Church, Leigh on Mendip 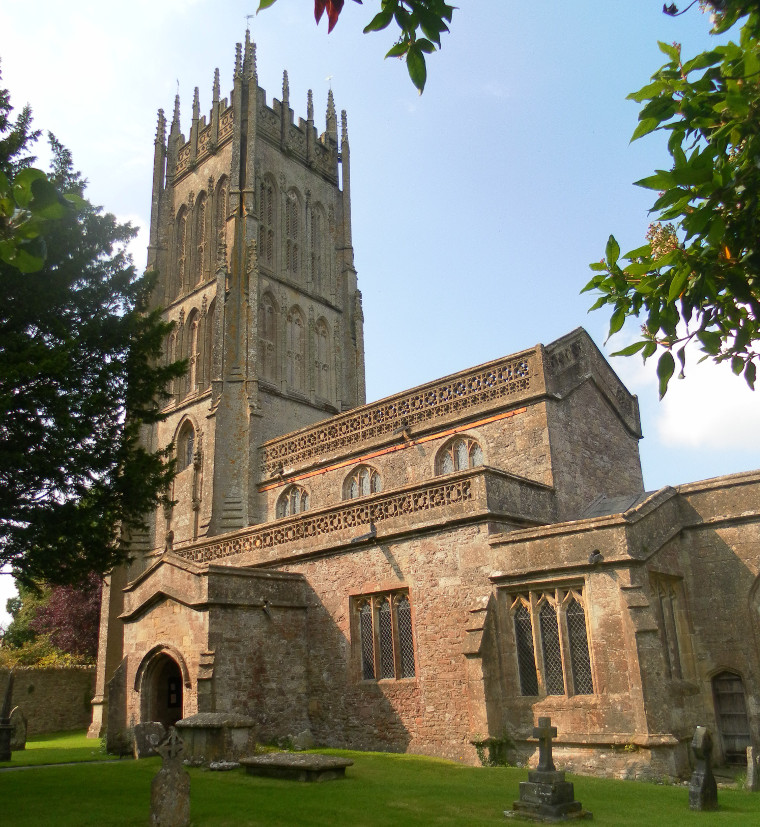 Leigh on Mendip Church and Bells

St Giles' church is situated in the centre of Leigh on Mendip village between the Memorial Hall and the village school. It dates from around 1350 and was rebuilt around 1500. Leigh was a chapelry of Mells until 1860.

The most prominent feature of St Giles' church is the 91' 6" (28m) tower. It was built of Doulting stone c. 1475-90 and has the most sophisticated decoration of all the Mendip churches. It is described by Pevsner as "A remarkable performance".

The ring of 6 bells dates to 1757 when they were cast by Thomas Bilbie of Chew Stoke. The bells were then rehung in 1858 in a new oak frame by John Warner and Sons of London, the 2nd bell was recast at this time (presumably the old bell was cracked). The bells were rehung again (but in the same frame) in 1910 by Llewellins & James of Bristol and they also recast the 3rd bell. 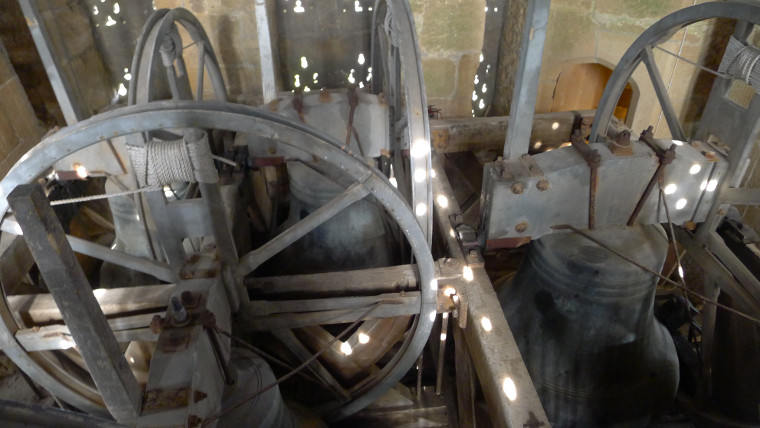 As well as the bells the tower also contains an unusual faceless clock. The clock probably dates to the late 18th century and it was restored by Dr Marcus Barton in 2004. 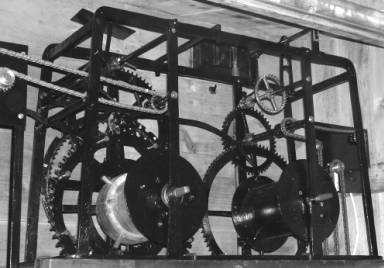 The first peal on the bells was rung on 5th January 1901 and to date 23 peals have been rung at Leigh. A peal is 5040 changes and takes approximately 3 hours to ring. Some of the peals are recorded on peal boards in the ringing chamber like this one. Perhaps one of your family is listed here? 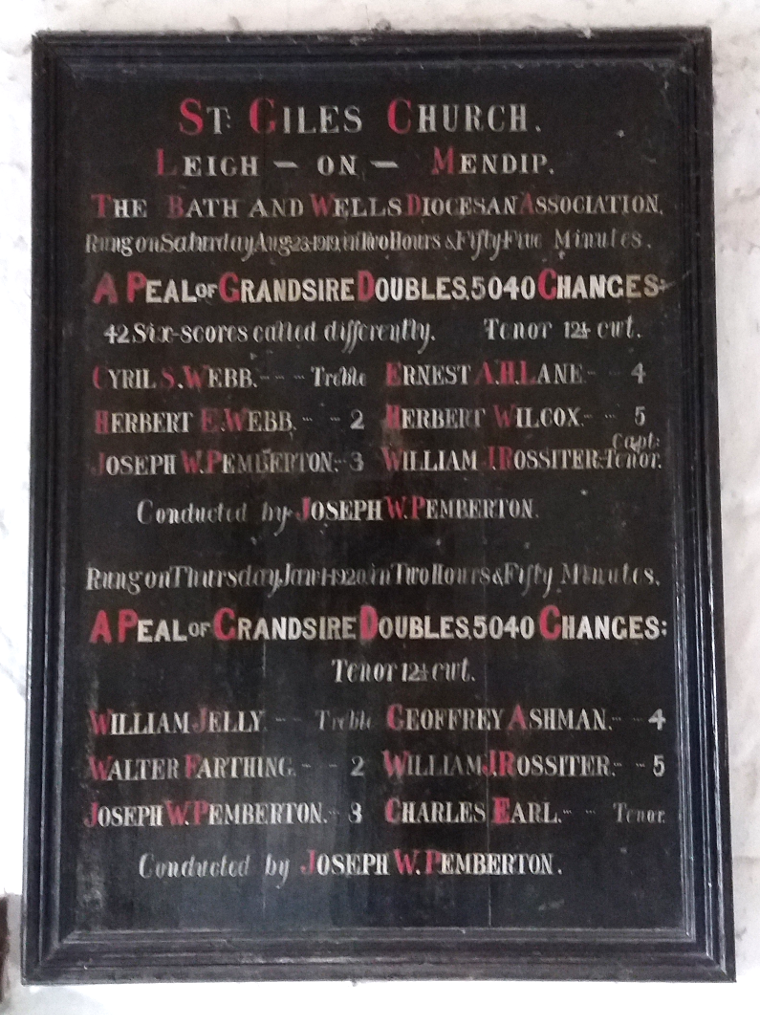 Details of the Bells 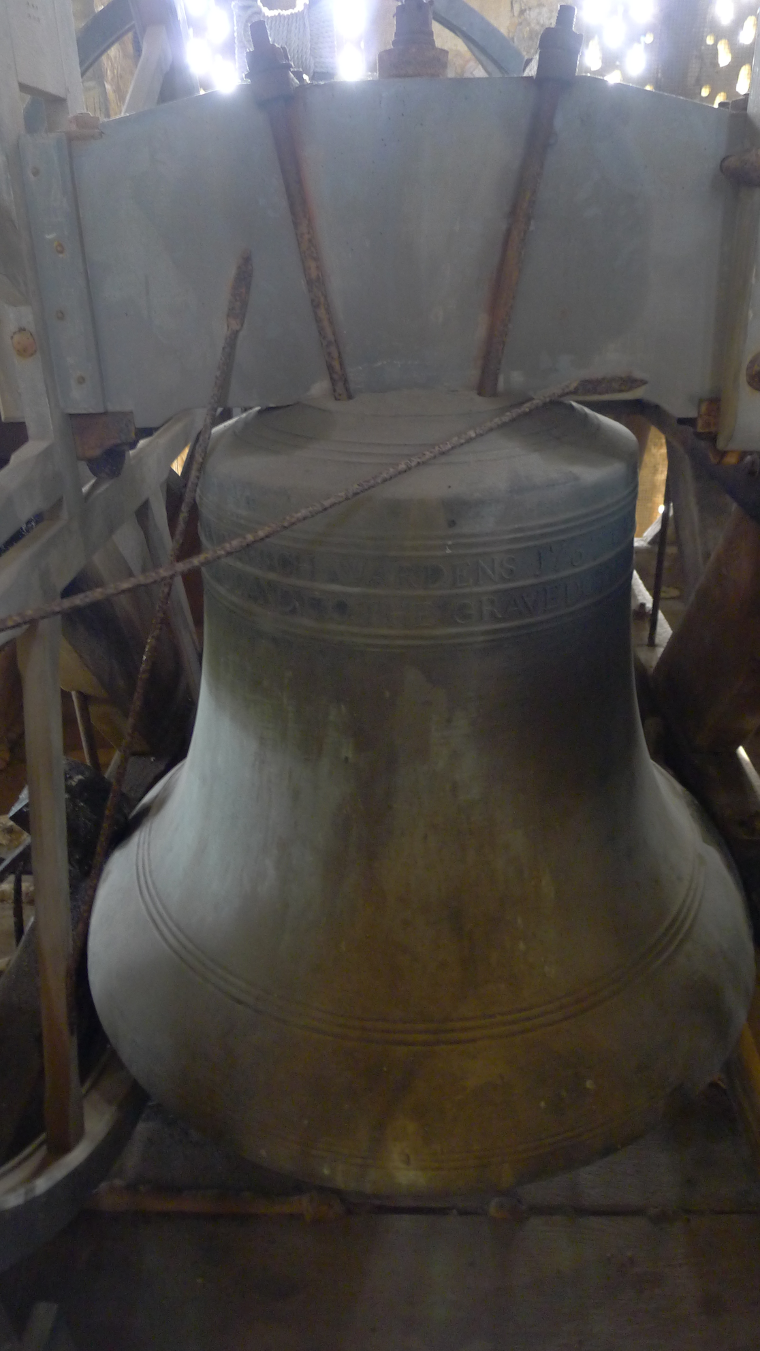 The bells were removed, tuned and rehung on new bearings by Matthew Higby and Company in 2019.

We are always on the lookout for new recruits so if you are interested please come along to one of our Tuesday night practices and find out more. Most Tuesdays we are at Leigh but 2nd Tuesday of the month we ring at Mells.

You do not need to be strong to ring a bell. Ringing is a sociable and mentally stimulating hobby as well as a form of gentle exercise. It is suitable for anyone from about 10 to 80+ years of age. 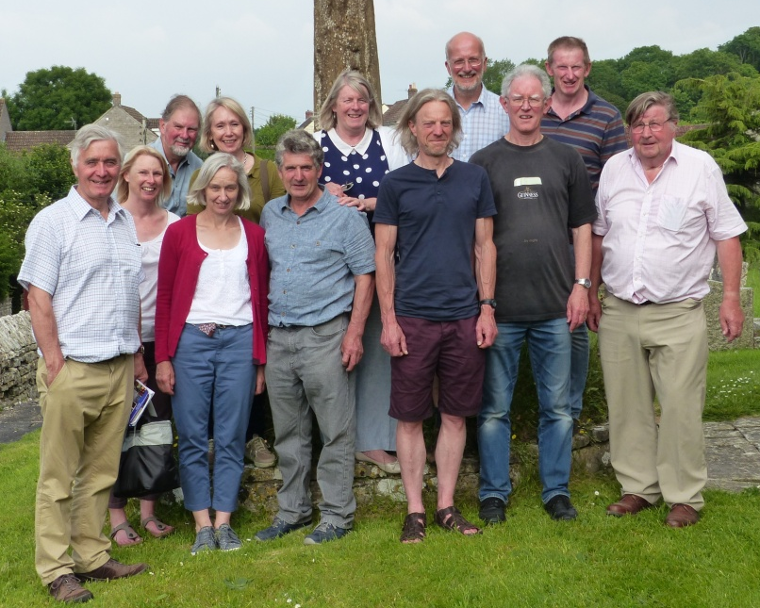